“Grief falls upon human beings as the rain, not selecting good or evil, visiting the innocent, condemning those who have done no wrong.” -Richards Jeffries

On Saturday, January 12, a fire consumed a home located on Main Street in Clay.

The structure was a total loss, with only charred supports remaining where the house once stood. The West Virginia State Fire Marshal’s Office confirmed on Sunday, January 13, that four people, including one two-year-old child, made it out of the building in time, but that four children lost their lives in the heartbreaking accident.

Names are not being released at this time, but officials confirm that a six-month-old boy, and three girls ages 3, 4, and 8 all succumbed to the fire. The West Virginia Department of Health and Human Resources (DHHR), Bureau for Children and Families confirmed that the four children were in foster care.

“Today was a tragic event for four young foster children,” said Linda Watts, Commissioner for DHHR’s Bureau for Children and Families. “We are truly saddened by the loss experienced.”

Survivors were transported to Charleston Area Medical Center for treatment.

West Virginia Deputy State Fire Marshal Jason Baltic says there are currently no signs of foul play or criminal activity, but updates will be available as the investigation continues.

Governor Jim and First Lady Cathy Justice issued the following statement of condolences after learning of the fire.

“We are absolutely devastated and heartbroken after finding out about this horrific fire earlier today that claimed the lives of four of our beautiful West Virginia children in Clay County,” Gov. Justice said. “Please join us as we pray for these young people and their families. It absolutely breaks our hearts that these children also had to endure the hardship of becoming foster children. This is an absolute tragedy.” 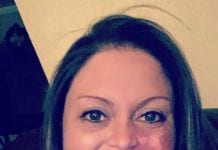 Grizzlies and Raiders are no match for the Panthers

Champ is the Spelling Champ